Playing Fast with The Speed of Trust

Consider Stephen M.R. Covey’s work if you’re moving slowly Stephen M.R. Covey’s book “The Speed of Trust; The One Thing That Changes Everything” came to me through a recommendation by a new acquaintance. The individual was commenting on my statement that I get most of my IT consulting and LinkedIn training work through direct reference

The next economic revolution It is better to give – and companies are using that fact to thrive. Given any market where there are five to ten major brands, two-dozen minor brands and a store label to choose from, each with specific models, features and prices – how is it that some of them sell

Heading Over The Top

The One Minute Manager Meets the Monkey I recall reading this book early in my corporate career – and a recent comment brought it to mind, so I had to check it out of the library and review it;-) What do you get when you take one writer whose philosophy is managing people well –

The next economic revolution It is better to give – and people are using that fact to thrive. Have you ever met someone that brings out the best in themselves and others, someone you can’t help but like and admire? If you pay attention, you’ll notice that people like this all have one thing in 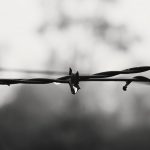 It’s your lucky day – there’s money for you – if you will just stand by.

In order to succeed, you’re going to have to do something.

And by doing something, I mean doing nothing.

Some people will be detained. They’re people that might not mean anything to you, probably not your family. Occasionally one might have lived in your neighborhood. You’ve probably seen them around town and wondered about them though.

You might hear that the conditions where they’re kept are not the best – you could choose to believe the government when they says it’s fine.

You just have to stand by.

And then you’ll be better off.

You’re going to hear top officials call for people that aren’t like you and I to go away.

They’ll say it’s clear that these others aren’t satisfied with the country we’ve created. That there’s no reason for us to change at all, and it’s the others that should leave.

It’ll be taken care of.

All you have to do is stand by.

The country has been through some rough financial times lately, but you can see that we’ve turned the corner. The country’s current leadership pins the blame for those economic conditions on the instability caused by others. Explaining that we’ll be safer and better off when the others are gone.

You can go along to get along.

Don’t worry, you’ll be part of it if you stand by.

Church and Faith may have an important part in your life, and you can see religious organizations lined up on each side of this issue. You know some well-placed people, and they’re promising you that you’ll be better off with their position.

That may be true.

What I can’t answer for you is – how much.

I’m sure there’s a fortune to be made, if enough people just stand by.

It’s a relative figure, maybe some millions of dollars, maybe some thousands of dollars. But is there really a dollar amount that will get you to stand by?

Don’t worry, when it’s all over, you can say you were following orders and didn’t lead anything, you just stood by.

Take the time to ask yourself this: Are you the kind of person that can just stand by?

A New Book – Bits of Complexity

I’ve helped bring a new book into the world and thought I’d take a moment to talk about the book and the process.

Do you remember that old problem about dividing a number by two if it’s even, and multiplying it by three and adding one if it’s odd? If you repeat that enough for any number, it always gets to 1. But nobody has ever proved that it does for all numbers. (we just had no example where it didn’t work)

END_OF_DOCUMENT_TOKEN_TO_BE_REPLACED

That complaining about somebody else is good…

Everybody likes the story about The Emperor’s New Clothes. What’s not to like? A pompous king, the pretentious court, some swindling tailors, and a truthful child.

But the other day after thinking about it, I’m not so sure we aren’t getting another subliminal message from the tale…

END_OF_DOCUMENT_TOKEN_TO_BE_REPLACED

In The Icarus Deception of course…

I’m a Seth Godin fan, so it shouldn’t be shocking to learn that I joined the Kickstarter campaign quite early.

The book’s out, I’ve had my read, and he’s introduced me to a new word that I love: Kamiwaza…