Patterns That Catch Your Eye

Are they the same or different?

You walk into a crowded room, and your attention is drawn to one person in particular.

Is it the girl in the trendy outfit that looks like she walked off the latest fashion magazine cover?

Or is it the boy dressed unlike anyone else there – wearing punk at a gathering of preppies?

You may never think to consider, but why did you focus on that particular person?

It depends on how you match patterns – some people look for similarities, others for differences. Which are you? 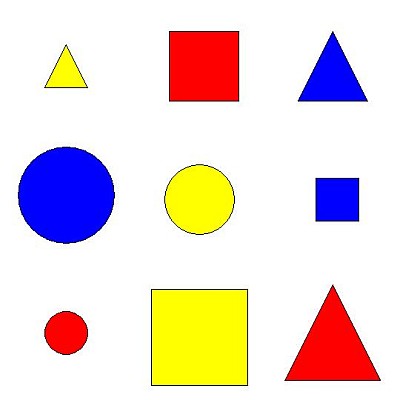 Let’s look at some possible combinations. 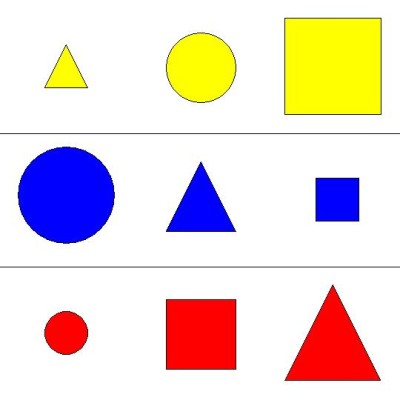 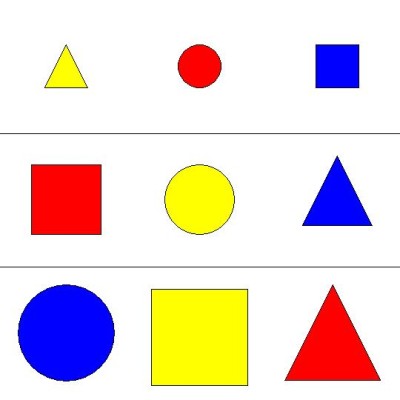 But what about this grouping, where none of the three things grouped together has any resemblance to the others? 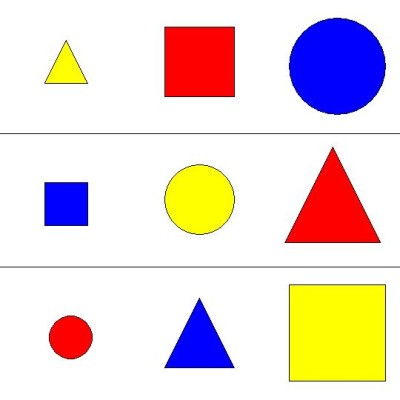 Sure it’s a bit odd, but it’s still a valid way to group them…

How you see things

As a child I often “saw” things differently than teachers intended. The teacher would put a large “8” up on the board and ask what’s half of it? Instead of replying with the expected answer of 4, I’d see things a bit differently and actually cut the “8” in half and come up with “O”, “3”, or “E”. As you would imagine, this view didn’t always go over very well, but you can’t tell a kid to draw anything he wants and then tell him it’s wrong because he colored the sky pink, the water gray, and had robots battling pirates in a castle made of blue mud.

A challenging card game – with a free web demo!

An innovative game company came up with a card game based on observing similarities and differences. The game is called “Set”, and it is produced by (unimaginatively enough;-) “Set Enterprises”.

The basis is that each card in their deck has a whole bunch of attributes:

The deck is dealt out in groups of 12 face up cards in front of the players. The first player to match three cards that are “consistent” calls out “Set” and points out their collection.

By consistent, the cards must either all be the same or completely different for each of the four attributes.

For example, one set might be one icon of each shape in the solid green color. (differing only in the shape)

Another set might be made up of cards with one solid purple diamond, two shaded green ovals, and three clear red squiggles.

It may be difficult to imagine the game without a visual, and it just so happens that they offer a daily set puzzle on the web site – go check it out!

Part of the fun of playing is having someone call out “set” and pointing out three cards, only to realize that it wasn’t quite right. Sometimes several players will call out “set” almost in unison, and you hope that those that beat you to it see a different combination, and don’t use any of the cards you need for your set.

It seems that my natural ability is to find sets with a couple similarities and a couple differences – I can find the others, but have to put myself in a mode of “scanning methodically” to do so.

Try the demo out (it changes daily) – what do you find? (yes, there will be 6 sets to find… the last one is the kicker)

Give first on the web

So they’ve given you a glimpse of the game – maybe you’d like to have the cards to pull this out when your friends are over… Are you more or less likely to buy the game now?

The game is marketed through standard retail channels (game and hobby stores mostly) but I still consider the online daily puzzle a great example of Give First Economics. It allows anyone to experience the game with no obligation.

What can you give away today?